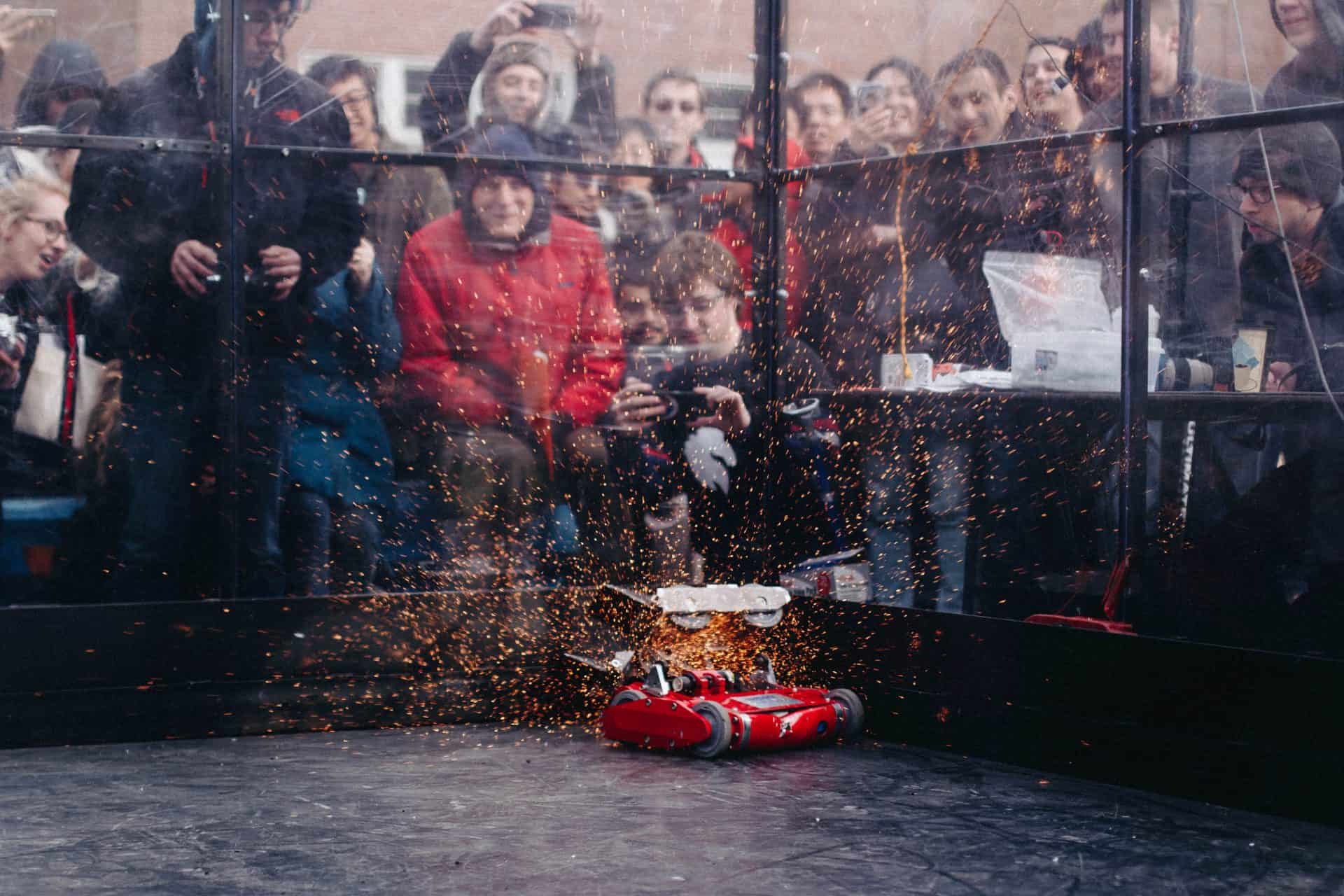 The Robobrawl 2022 competition is held on April 8 & 9 at Graziano Plaza between Engineering Hall and Everitt Laboratory (Google Maps) starting at 9:30am both days and ending around 4pm. Everyone is more than welcome to stop by and cheer on our competitors!

The competition consists of 19 30-pound combat robots fighting one-on-one matches in a double elimination bracket with the goal of destroying the opponent bot. Expect lots of excitement, sparks, and destruction!

Match times are preliminary and might change during the competition