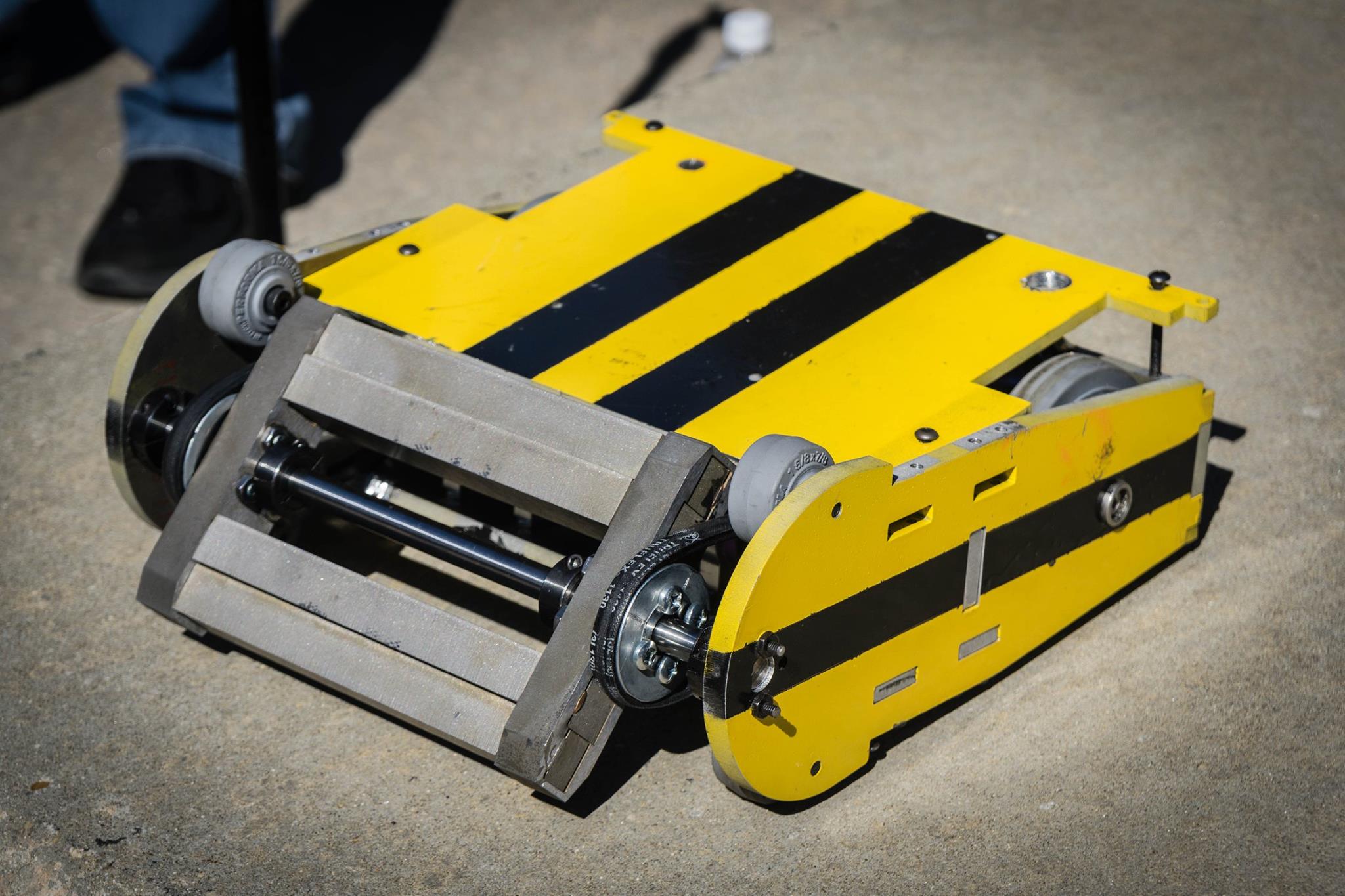 Bred in the fires of hell and birthed by a virgin mother of destruction.  BumbleBot was designed by his creators to be a fierce killer of robots.. But not all who are born killers are destined to kill.
BumbleBot spent his early years wondering in solitary among the highest peaks of the Himalayas.  Raised by mountain bees, BumbleBot began to question his place in the universe at a very young age.  He admired the bees ability to spread life among the mountain tops and understood from their wisdom what he was destined to become.  BumbleBot, forged in fire, grew a heart of gold and became a pacifist.  For every battle he enters he would always peacefully accept the beatings knowing one day his opponents would figure out their place in the vast universe, just as he.
Scroll Up