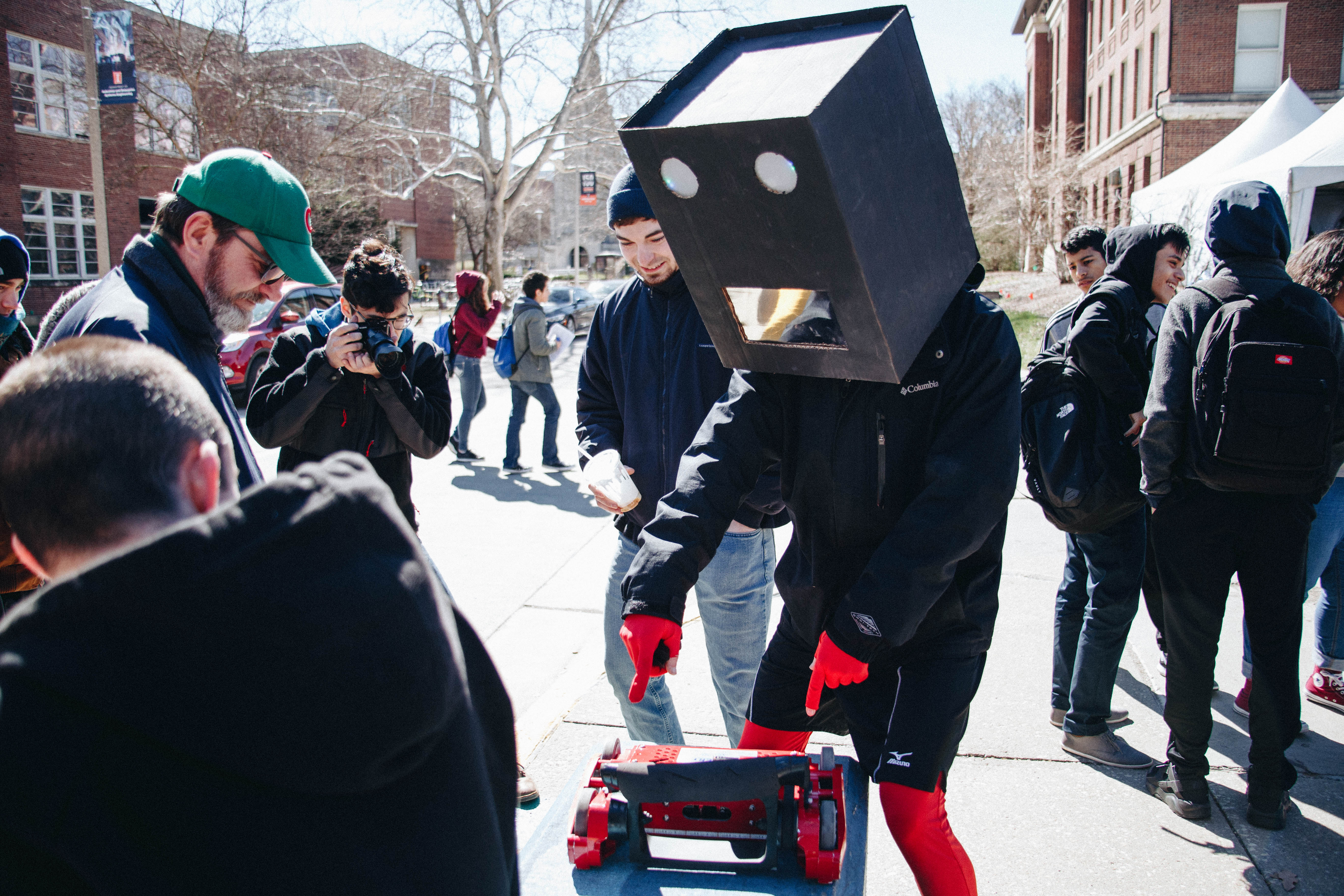 A four wheel drive eggbeater boasting a beautiful CNC machined frame, this robot tears through its opponents with its powerful weapon and superior maneuverability. Most known for sending a piece of shrapnel into the ceiling in its first iteration, Botceps continues its reputation for having one of the most destructive weapons.